The project “Trans-Border Religion – Re-composing Limbu Rituals in the Nepal-Sikkim Borderlands” (P 29805, 11/2016–10/2020), directed by Mélanie Vandenhelsken and funded by the Austrian Science Fund (FWF), focuses on the role of the international Indo-Nepalese border on the present-day’s re-composition of religious ideas and practices among Limbus men and women. Questions concern the interactions of persons, bodies, and ideas across the Indo-Nepalese border, and the religious dimension of ‘belonging’ to a trans-border community in relation to both the frontier and the state. This project (carried out in collaboration with Martin Gaenszle) ultimately concerns the articulation between the state and transnational spaces in the contemporary globalized world, which is a central concern in international anthro­pological research today.

This project will yield the first fieldwork data and publications on religious dynamics among Limbus in nearly forty years. All data collected during the research endeavor will be added to the HAV. This documentation will include photos, video, and audio records of rituals and interviews with local informants. Additionally, print publications collected in Nepal and Sikkim are to be archived and made available, in accordance with their copyright. These largely self-published texts will be digitized, archived, and, with the author’s written permission, published under an open access license. 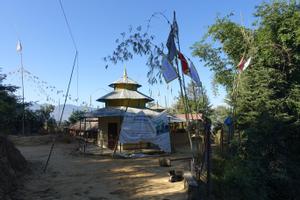