René Nebesky-Wojkowitz set out on his first journey to India (1950-1953) initially as the secretary of the Austrian botanist and linguist Joseph Rock and later as a member of the expedition of Prince Peter of Greece and Denmark which led him primarily to the Eastern Himalayas. Due to political tensions between Tibet and China in the 1950s Nebesky-Wojkowitz was never permitted to enter Tibetan territory. Thus, he focused his research on the mountainous borderlands of West Bengal and Sikkim as well as Nepal where he studied and documented rituals and festivities, religious culture, and everyday life.
The first field trip of the project team in September 2019 concentrated on North-East India and the districts Darjeeling, Kalimpong and Gangtok with the aim of verifying the provenance of collected material like the Lepcha collection at the Weltmuseum Wien and photographic records of locations previously visited by Nebesky-Wojkowitz as well as tracing his contemporaries and their descendants. Additionally, one of the long-standing goals of the project is to (re)establish the network between the local communities and the University of Vienna. 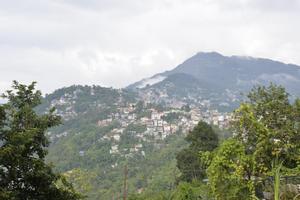 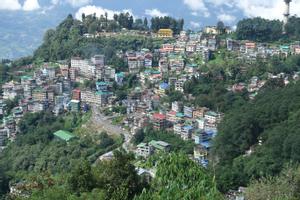